Darryl is a former police officer and started his career in the Met Police in 1983 and transferred to Cambridgeshire Constabulary in 1998. In 2017, Darryl became a senior official at the Association of Police and Crime Commissioners (APCC) in Westminster.

"I am passionate about our county.  It is where I have worked, where my parents live, where I met and married my wife, where my children were born and go to school and where I have many friends. I'm a former police officer, so policing is something I really understand.

I started my career in the Metropolitan Police Service in 1983.

I transferred to Cambridgeshire Constabulary in 1998 where I have lived with my family ever since – we live in Ely.

I gained significant experience in many years of policing, including frontline and neighborhood policing, public order, working in the Diplomatic Protection Group – guarding, among others, Margaret Thatcher – and as a detective in a variety of roles including homicide, covert policing and public protection.

Upon retirement in 2017, I became a senior official at the Association of Police and Crime Commissioners (APCC) in Westminster.

I have excellent relationships with Police and Crime Commissioners, particularly in neighboring counties, which will enable us to coordinate local policy development and collaboration.

As your Police and Crime Commissioner I will do even more:

I am very proud of our police officers, men and women who put themselves in danger to protect us – I will support them in keeping us all safe. 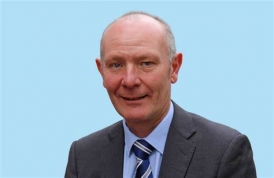